The London Classic Car show is finally upon us… It is the first of its kind and has been put together by ‘Brand Events’ , the team that are responsible for other successful auto-themed events such as Top Gear Live and CarFest. They have also recruited James May to play a part in the Classic Car show and in preparation James has taken the time to make a list of  what he believes are the 13 most significant cars of all time.

Now just to be clear, do not mistake this for a list of James’ favourite cars, the car itself could be pretty village, *cough- the Toyota Prius *cough, however if they inspired a new way of thinking or prompted innovation then they justifiably make the list. On the more obscure cars on the list, May said: “but the other six are less well known. I believe they are just as significant historically but they’ve simply been forgotten or misunderstood”.

The less well known 6 are as follows, included are James’ comments:

1901 Waverley Electric. “At the beginning of the 20th century, electric cars outsold petrol-powered cars in parts of America. They were clean, quiet and didn’t make ladies’ skirts grubby.”

1933 Standard Superior. “It is widely accepted that Josef Ganz, a respected Jewish engineer, came up with the basic layout and philosophy of the Beetle.”

1972 Honda Civic. “The original Civic was a compact, lively and fuel efficient car that was well made and almost faultlessly reliable.”

1980 Lada Riva. “The Russian-built, Fiat 124-derived, Riva did more than any other to put communism on wheels.” – I’ve only ever seen one Lada Riva for sale ever on Carsite.

2009 Bruno ExoMars Rover. “Autonomous, self-sustaining and suitable for use on other planets, it is surely the world’s most advanced all-terrain vehicle.”

He wont be releasing the identity of the 13th car until later tonight, and that shall be done exclusively as part of the London Classic Car show. The show will include a number of features including a tribute to the Citroen DS on its 60th anniversary which we think will include a look at the new facelift Citroen DS5. 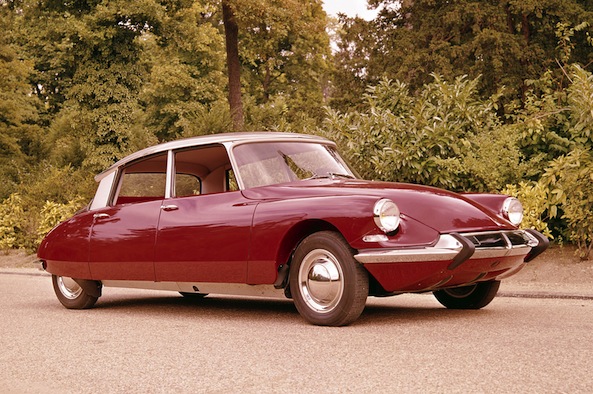