Volkswagen have brought a new car to the table at the Detroit Motor Show that takes the form of a 5 seater SUV. From some angles it looks like a compressed Range Rover Evoque and from other angles it looks like a… well, like a compressed Range Rover Evoque. Apparently the Volkswagen Cross Coupé GTE is part of an attempt on Volkswagen’s part to help the brand become more prominent in the American market where it has underperformed so far. The theory behind it is that they needed to make a car that fell somewhere between the Volkswagen Tiguan and the Volkswagen Touareg, as the Tiguan is too small and the Touareg is too expensive. Que the Cross Coupé. The concept is one of three concepts from Volkswagen that shows an emphasis on a variety of SUVs tailored to the American market that we will see in the future. 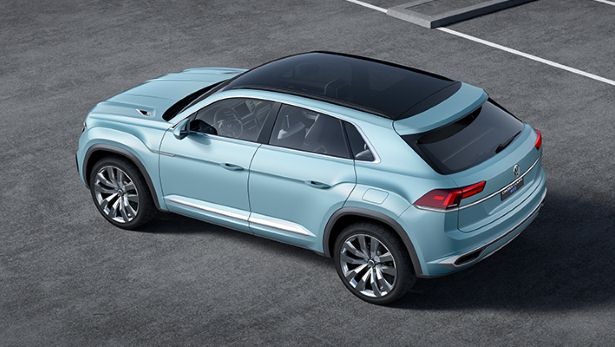 Commenting on how the car looks, Klaus Bischoff, chief designer at Volkswagen said: ‘The concept car has a commanding presence; it is powerful with a look that could almost be described as aggressive.  Numerous details hint at how we envisage a future production SUV model for North America.’ The cross coupe will be powered by a 3.6-litre V6 petrol engine which will work together with two electric motors which deliver 40 kW and 220 Nm (front) and 85 kW and 270 Nm (rear). It will have a variety of different driving formats: Onroad (comfort and eco), Offroad (rocks, sludge & sand and gravel), Sport and Snow, as soon as you activate the Offroad setting you will get 4 wheel drive. 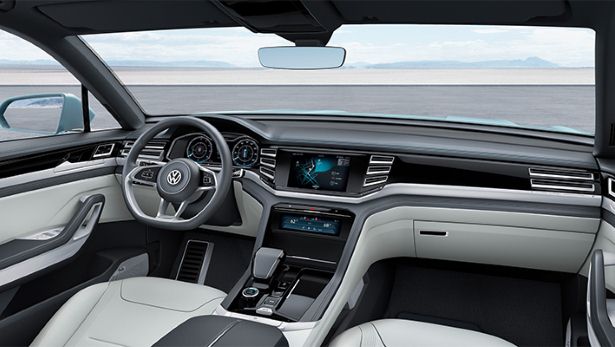 According to Top Gear the European market will get the new Volkswagen Touareg and Tiguan models, as well as a Golf sized SUV and a Polo sized crossover.